I’m not someone who sets New Year’s resolutions although I do have goals (some in my head and some I write down) which I work towards. Some of these goals are short-term and some are more long-term. Some of them are very specific and measurable (build my blog to x number of followers by x date) and some are much more general (aim to be positive in all that I do).

Above all else, I’ve learnt over the years that it is important to choose the kind of life you want. Decide what you want from your life, be realistic about what it will take to obtain it and, most of all, work hard to achieve it. END_OF_DOCUMENT_TOKEN_TO_BE_REPLACED

I knew that after I finished my degree I wanted to go back into full-time employment. From the day my last assignment was handed in, I had two jobs – one at a utilities company working in customer services on Wednesdays and Thursdays and one as an intern for a branding and creative agency on Mondays, Tuesdays and Fridays. I had been working both of these jobs part-time whilst finishing my university course but I was grateful to be able to increase my hours once I was done with my studies. A couple of months later and I found the job I’m doing now.

It’s not easy finding employment after university but there’s a lot you can do to help yourself out. END_OF_DOCUMENT_TOKEN_TO_BE_REPLACED

52 weeks ago I wrote my first blog post as a UCBlogger. I hadn’t started my final year at university, I hadn’t thought too much about my future career path (except that, ideally, I’d like to go into marketing) and I certainly hadn’t dared to dream that 52 weeks later I’d have been awarded a First Class degree, have started my perfect job and be just a few weeks away from the most incredible volunteer opportunity I’ll ever get.

I have thoroughly enjoyed being one of the first UCBloggers. It’s a great opportunity for students at University College Birmingham and I hope the incoming bloggers get as much out of it as I have.

Knowing that people from nearly 60 different countries have read my blog over the past year is truly astounding. I hope many of those are current or prospective UCB students who have learned something about the uni and what student life in Birmingham is like. FYI, it’s great and I have loved every second of it. 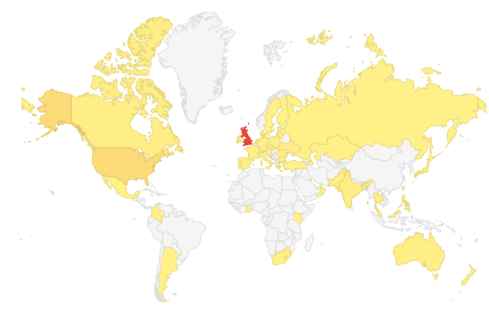 END_OF_DOCUMENT_TOKEN_TO_BE_REPLACED

Throughout my degree course, there were a number of resources that I really could not have gone without. Most of them, thankfully, can be found on UCB Portal, the university’s one-stop shop for information which can be accessed 24/7 from any computer with internet.

UCB Referencing Guide
This was my absolute lifeline whilst END_OF_DOCUMENT_TOKEN_TO_BE_REPLACED

I’ve waited two months since my last assignments were handed in, to find out my final degree results. It’s felt like decades though. Long, slow, busy weeks of waiting and counting the days in the diary. 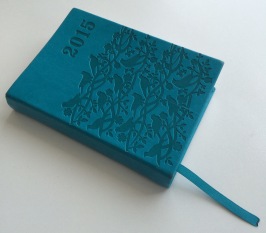 So much has happened in those two months. END_OF_DOCUMENT_TOKEN_TO_BE_REPLACED

It’s now been just over a month since my final assignments were handed in and although I went straight into work and have kept myself very busy, I have had a few moments to mull over my time at UCB.

When I think about how last-minute my decision was to go to university in mid-September 2012, I really can’t believe it’s nearly three years later and it’s now all finished (results pending, of course, but we’ll deal with that on 7th July).

I haven’t blogged about being a mature student as I suppose I never thought of myself in that category – I am still just about in my 20s after all. To me, I was simply another undergraduate student, no different from my classmates, working my various part-time jobs and trying to eat, sleep, socialise and exercise in the few spare moments I had left over.

There were numerous times, though, that I did really value the experiences I’d gained before coming to uni. And only a few times my age showed me up – “You were still in primary school when Liverpool won the Champions League?! I was teaching in a school in Canada…” END_OF_DOCUMENT_TOKEN_TO_BE_REPLACED

Last Friday was my final assignment hand-in which means that, for me, uni is over. There is nothing more I can do to contribute towards my degree; I just have to wait for my results in July and graduation in September. It is a very strange feeling. Although I’ve had a busy week with work, something has just felt odd. As if I’m forgetting something – here’s hoping I’m not!

Anyway, this is my Year 3 course round-up (I’ve already written about Year 1 and Year 2) to give you my thoughts on my final year studying for a BA in Sports Management at UCB.

I’m not considering post-graduate study at the moment, but I know lots of others are (and I probably will in the future) so I thought I’d ask Nicole Mangan, a Masters student at UCB, a few questions about her experiences… 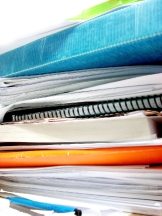 What are you studying for your Masters?
I studied an MA in Culinary Arts Management (CAM) for a year and a half at UCB.

Is this your first experience of UCB?
No. I did my undergraduate degree here as well, in CAM for two years and also did two years of study in Ireland. END_OF_DOCUMENT_TOKEN_TO_BE_REPLACED

A lot of us got our last student loan installment on 20th April. For final year students, that means your last chunk of ‘free’ money before entering the real world. And for returning students, it’ll be your last payment until around the end of September.

These are the ‘best’ ways to spend your loan: END_OF_DOCUMENT_TOKEN_TO_BE_REPLACED

…and then life, as I’ve known it for the past three years, will suddenly be very different.

Why, you ask? Because on the 8th May, I have two assignment deadlines, my final lecture, and my last ever assessed seminar.

Although I will officially still be a student, I’ll have no responsibilities left after the 8th towards completing my degree at UCB. I will be finished. Three years of really hard work will come to an end. I will breathe the biggest sigh of relief, and probably shed a few exhausted tears. END_OF_DOCUMENT_TOKEN_TO_BE_REPLACED